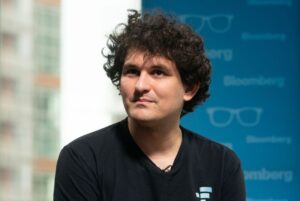 Sam Bankman-Fried, the founder of failed crypto exchange FTX, has been indicted for a series of crimes by the U.S. Justice Department. He was also charged in separate cases by the U.S. Securities and Exchange Commission (SEC) and Commodity Futures Trading Commission (CFTC). The charges center on Bankman-Fried using FTX customers’ deposits to prop up his crypto trading firm, Alameda Research.

The FTX saga began in early November with a CoinDesk report that Alameda had over $8bn in liabilities and most of its equity tied up in FTT, a cryptocurrency created by FTX. The report spawned Binance, the world’s biggest crypto exchange and a major FTX rival, to announce that it was selling all its FTT tokens; Binance was an early investor in FTX and received FTT tokens as part-payment when FTX bought out the company’s stake for $2.1bn last year.

With FTX in despair, Bankman-Fried turned to Binance for refuge and the crypto exchange signed a letter of intent to acquire FTX, but it backed out barely a day later after additional due diligence.

Binance’s sell-off depressed the price of FTT, and, consequently, most of the equity value held by Alameda. Soon after, FTX couldn’t fulfill customer withdrawals and filed for bankruptcy in a U.S. court. One would assume that Alameda and FTX are two separate entities, so the woes of one shouldn’t affect the other, but herein lies the problem; it appears that FTX was loaning customer funds to Alameda and the trading firm couldn’t pay back, meaning FTX had no funds to fulfill customer withdrawals.

What Did Alameda Use FTX Customers’ Funds For?

It appears that the firm used it to trade cryptocurrencies and for relatively illiquid venture investments. A recent Financial Times report shed light on Alameda’s portfolio, which includes four investments totaling $1.15bn in crypto mining firm Genesis Digital, a $500mn investment in AI startup Anthropic, $114mn in Korean fintech startup Toss, and $200mn in two funds of Sequoia Capital, a VC firm that invested $214mn in FTX and recently wrote off the value of its stake to zero.

FTX has appointed a bankruptcy veteran, John J. Ray III, to dig into the company and recover assets where possible to make customers whole; Mr. Ray was the person called in to clean up the remnants of the infamous Enron fraud in 2001. Sam Bankman-Fried no longer occupies any position at FTX.