Meta Stakes Its Future On The Metaverse, What Is It? 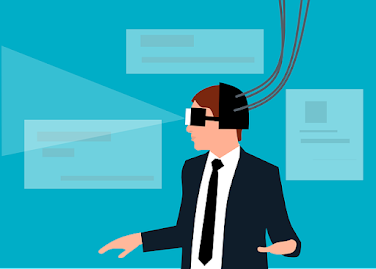 Last month, the biggest gist of the tech world was Facebook Inc, the social media giant, rebranding as Meta Platforms Inc in a nod to its renewed focus on the “metaverse.” CEO Mark Zuckerberg apparently saw the light and judged the metaverse to be his tech empire’s focus henceforth.

Remarkably, a trillion-dollar company has gone all-in on a sector many people can’t even explain. We’re aware that many are confused because online queries for the metaverse have exploded since Facebook’s name change. Take this Google Trends chart below as an example, showing a significant increase in queries for “What is metaverse?” since October when Facebook announced the name change.

To help quell the confusion, we want to introduce you to the metaverse and what it entails, and why Facebook is going all-in on it. After reading this, expect to have an adequate understanding on the metaverse and Facebook’s play with it, so much that you could explain to a stranger.

What is the Metaverse?

The metaverse is a mashup of the words “meta” and “universe”, referring to a hypothesized version of the internet that supports non-stop online 3-D virtual environments where people can interact with digital activities and each other. “Hypothesized” is critical because there’s no yet true version of the metaverse, making it a technological goal to work towards.
The metaverse currently exists in some limited form with virtual and augmented reality devices that support interaction with online virtual environments. This is limited because a true metaverse is meant to provide non-stop interaction, whereas current tech is restrained on power and functionality and prone to constant breaks. Even though a magic wand gets waved and we get actual non-stop functionality, there’s not much in the metaverse right now to interact with, given its infancy. This is where Meta Inc has stepped in.
The metaverse is what many believe will be the next evolution of the internet, just like the current World Wide Web but in 3D. However, not many people have put their money where their mouth is like Meta Inc’s Mark Zuckerberg, who has said his company will spend at least $10bn a year on metaverse projects. As a first mover, Meta wants to be a dominant player in the metaverse and is ready to spend big on its goal. 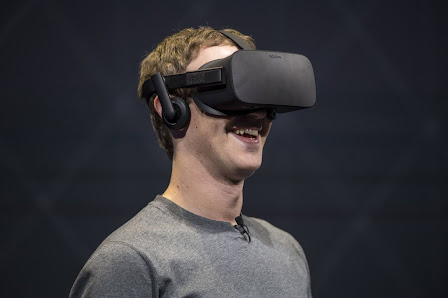 We can say that Meta’s first foray into the metaverse was buying Oculus, a virtual reality startup, in 2014. Meta paid $2bn for what was then a startup with just a few million in revenue, overpaying by any definition. Under Meta, Oculus became the king in the virtual reality industry, with tens of millions of headsets sold, justifying its exorbitant price tag in earlier years.

After buying Oculus and making a dent in the VR world, Meta set its sights on augmented reality (AR). In 2020, it announced a dedicated “Reality Labs” group working on VR and AR projects across the US. The group now employs around 10,000 staff and is the backbone of Meta’s metaverse ambition.
Meta’s metaverse vision encompasses many digital activities, including social media, gaming, fitness, education, work collaboration, etc. In an October presentation, Zuckerberg talked about virtual public rooms, customizable personal domains (home spaces), workspaces, and complete virtual “worlds.” According to him, current VR and AR technology is just a glimpse, “the feeling of presence” is the defining quality of the metaverse.
“You’re going to really feel like you’re there with other people. You’ll see their facial expressions or body language,” Zuckerberg said. “This may sound like science fiction, we’re starting to see a lot of these technologies come together,…In the next five to 10 years, a lot of this is going be mainstream.” 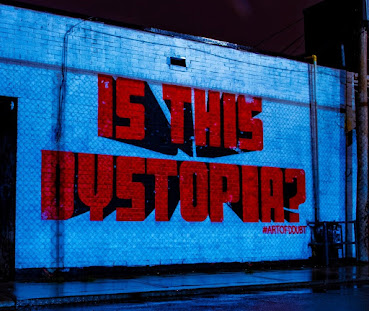 Depending on whom you ask, Meta’s metaverse vision could be utopia (highly desirable) or dystopia (highly undesirable). It’s no secret that Meta’s Facebook platform has been and continues to be the locus of disputes with users, shareholders, and regulators over ongoing issues such as privacy, psychological effects, and ad fraud. These issues were magnified by the record $5bn fine the US Federal Trade Commission (FTC) imposed on Meta in 2019 for misleading users about their ability to control the privacy of their personal information.
The Facebook name is stained, so we can understand why Facebook Inc rebranded as Meta Platforms Inc as it switched its focus to the metaverse. However, a name change doesn’t wipe away previous issues; it’s still the same company after all. Many are worried that Meta’s history of dodgy practices won’t be different in the metaverse, which involves much more critical, confidential data than social media. It’s a logical worry that giving Meta much more power than it has now could lead to dire consequences.
The metaverse has many theoretical benefits: overcoming remote work challenges, globalization, more reliable virtual education, telemedicine, and gaming. On the other hand, disadvantages include generating addiction, eroding human connections, and greater privacy and security than we have ever seen. As with everything, it involves weighing the risks against benefits. Many would like the utopian side but none of the dystopian.
Many would also prefer Meta to not be the gatekeeper of the metaverse given its past actions. This means that formidable competition is needed in the metaverse, and it’s good news that other tech giants such as Microsoft and Google are paying attention to it. Many startups have also tagged along, and more will most likely emerge.

Obviously, we can’t foretell the future but can try to predict it. Opinions are notably very divided on this topic. On our side, we think that the metaverse is inevitable even though Meta Platforms, Inc may not be the company that’ll kickstart its success.
Share this...