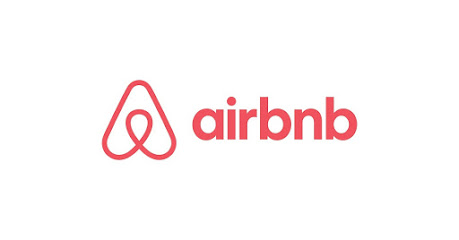 After going public in 2020, the online rentals company Airbnb and food delivery company DoorDash have respectively posted their first earnings results as public companies, with both showing healthy growth though with increasing losses.

In Q4 2020 which was Airbnb’s first quarter as a publicly-traded company, it reported $859 million in revenue, down 22% from $1.1 billion in Q4 2019. The yearly drop wasn’t unexpected as the global travel and rentals market is still reeling from the effects of the Covid-19 pandemic.

In Q4, Airbnb reported a huge net loss of $3.9 billion which mostly came from a $2.8 billion stock-based compensation expense that the company recorded after its IPO and also an $827 million non-cash ‘mark-to-market adjustment’ charge related to Airbnb share purchase warrants. For clarity, mark-to-market adjustment refers to the accounting practice of adjusting the value of an asset to reflect its value as determined by current market conditions.

Due to a $3.9 billion net loss in Q4 and significant losses from two other quarters, Airbnb reported a net loss of $4.6 billion in the year 2020 despite having a profitable Q3 in the same year where it reported $219 million in net income on $1.3 billion in revenue.

A 226% jump in quarterly revenue over the year definitely represents unexpected growth for DoorDash even as the company’s losses also shot up by over 100%. DoorDash is investing heavily in expansion and drawing up losses as a result with the hopes of securing market share to become stable and profitable in the coming years.

DoorDash pulled in $2.9 billion in revenue in the whole of 2020, compared to $885 million in 2019. The company has very much benefitted from a surge in the food delivery market that was spurred by the Covid-19 pandemic.

Thanks to money raised from its IPO last year, DoorDash ended 2020 with nearly $5 billion in cash and marketable securities on its balance sheet, an amount that’s ample enough to fund its expansion and cushion significant losses as the food delivery company spends big to expand.

Airbnb is expectedly forecasting a rebound in the global travel market as vaccinations for the Covid-19 virus get scaled around the globe and see travel restrictions get lifted as a result.

DoorDash on the other hand is forecasting “increasing consumer churn, reduced order frequency at the cohort level, and slightly smaller average order values beginning in Q2 [2021]” as scaled vaccinations happen across the US and Canada which are the two countries where it operates.

DoorDash’s forecast for lower business as scaled vaccinations take place is expected given that the Covid-19 pandemic is what stimulated the big increase of the need and in turn sales for on-demand delivery platforms like DoorDash in 2020. As scaled vaccinations occur, the effect of a surging food delivery market may likely linger for some time but is definitely expected to drop significantly.