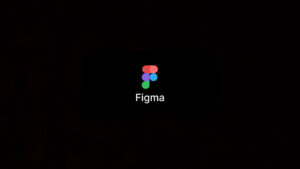 Brace up for the biggest acquisition of a VC-backed company in a long while. Adobe (NASDAQ: ADBE), the creative design software giant, has struck a deal to buy Figma, a trendy collaborative design tool.

This deal will see Adobe absorb one of its biggest rivals in the digital design software field. Since its first public release in 2016, Figma has speedily garnered a loyal user base and eaten into Adobe’s market share. It represented the underdog challenging the incumbent in the design software sector, up until now, where it appears that selling to the incumbent may just be the most lucrative path for a challenger to take.

At $20bn, this deal represents the biggest acquisition of a VC-backed startup in two decades. It beat the previous record holder, WhatsApp, which Facebook (now Meta) acquired for $16bn upfront in 2014.

Figma Inc, the company, was founded in 2012 but didn’t release its eponymous design tool to the public until 2016. The platform allows users to create designs for mobile and web interfaces and share them with other designers for viewing or collaborative editing. It’s a freemium tool– free to use but requiring subscriptions for advanced features.

With millions of users, Adobe says it expects Figma to surpass $400mn in annual recurring revenue (ARR) at the end of this year. That’ll imply Adobe paying 50x sales for Figma, which is a pretty high multiple but not unheard of in software deals– the cost may be well worth it for buying your most formidable challenger.

If all goes as planned, the acquisition will close in 2023. However, don’t count out antitrust scrutiny that may delay or thwart the deal, especially in a hostile regulatory climate under the current leadership of the U.S. Federal Trade Commission (FTC). If things go south, Adobe has agreed to pay a $1bn termination fee to Figma.