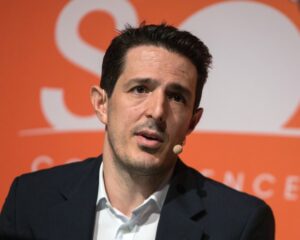 Gabe Plotkin, a star investor on Wall Street, leads Melvin Capital. Since starting in 2014, the hedge fund enjoyed successive years of stellar profits under his leadership until 2021, when meme stocks like GameStop arose (in a seemingly irrational market), and Melvin’s short-selling strategy backfired. In January that year, Melvin reportedly lost more than half of its asset value ($6.8bn, precisely).

Melvin had a habit of shorting the stocks of specific companies, e.g., GameStop (NYSE: GME), whose businesses were trending downwards and making money as they fell. However, the tides turned in 2021. Suddenly, a glut of retail traders had an urging to “stick it to the man” and began pumping up companies they believed hedge funds like Melvin were shorting. These companies became known as “meme stocks” due to their popularity based on internet memes.

On online forums like Reddit and Twitter, individual investors pushed one another to buy meme stocks like GameStop and AMC Entertainment (NYSE: AMC) and drove their prices sky-high with little regard for their underlying financials. Melvin Capital and some hedge fund peers lost big time as the stocks they had shorted rose rapidly. It was more brutal for Melvin, which ended the first half of 2021 with a 46% loss.

In January 2021, when Melvin was down 55% (according to the Wall Street Journal), the Plotkin-led hedge fund took an urgent $2.8bn cash infusion from Citadel and Point72, two more prominent players in the hedge fund world. Many characterized the infusion as a “bailout,” though Melvin pushed back against using the term.

Given its hefty losses, we can understand why Plotkin is adjusting Melvin’s strategy to build a “long only” fund. The name denotes that it’ll only bet on stocks to rise, not fall. Melvin didn’t disclose how much it intends to raise for the new fund in the SEC filing. The filing also shows that it has not yet taken any capital for the fund. What’s clear is that Plotkin is trying to win back investors’ trust with a new strategy.