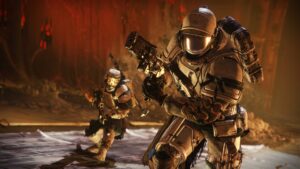 It was barely two weeks ago when we witnessed the gaming industry’s biggest acquisition; Microsoft agreed to buy Activision Blizzard for $69bn in cash. Now, we’ve seen another big gaming deal from none other than Sony, Microsoft’s gaming arch-rival.

Sony Interactive Entertainment, the owner of the PlayStation brand, has agreed to buy game studio Bungie in a $3.6bn deal. The $3.6bn includes an upfront sum and money earmarked for employee incentives, though Sony didn’t disclose the exact breakdown.

Bungie is best known for the multiplayer shooter games Destiny and Halo. It owns the Destiny IP but sold Halo to Microsoft over two decades ago. Halo, an Xbox-exclusive, helped make the Microsoft-owned console the big brand it is right now.

All along, Microsoft remained a minority Bungie shareholder. The game studio also took a $100mn minority investment from Chinese gaming giant NetEase in 2018. Both investors stand to benefit significantly from the sale to Sony.

When Microsoft announced its deal to buy Activision, Sony most likely quivered. Effectively, Microsoft sealed a deal that’ll make it the third-largest largest gaming company by revenue, only surpassed by Sony and China’s Tencent. It meant Microsoft was guzzling some steroids in its rivalry against Sony, and the Japanese gaming giant had to step up. This acquisition is one way of doing that.

Buying Bungie will strengthen Sony’s gaming franchise business as it competes against Microsoft and the vast gaming IP Activision will bring to its table. This competition is most fierce as both companies build up their game subscription services. Already, Microsoft said its Xbox Game Pass service had crossed 25 million subscribers, while Sony’s PlayStation Plus is at 47 million users. Adding exclusive gaming content is the primary way both companies would compete on this front.

Correction: We corrected the article to indicate that Microsoft buying Activision would make it the world’s third-largest gaming company by revenue instead of the first, as stated earlier.