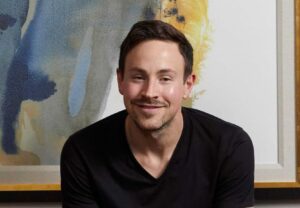 Ryan Cohen is a tech entrepreneur and investor who has garnered clout lately. He founded Chewy, an online pet food retailer, in 2011 and sold it for $3.4bn in 2017. Flush with cash from the sale, he turned towards investing in tech companies. Among his early bets was Apple (NASDAQ: AAPL), where he disclosed having shares worth over half a billion dollars in 2020.

In September 2020, Cohen also disclosed a near 10% stake in GameStop (NYSE: GME), a struggling video game retailer, becoming its largest individual shareholder. Unlike with Apple, that investment came with Cohen pushing for major structural and business changes, ala activist investing.

Cohen successfully pushed for significant changes at GameStop, mainly to switch its focus toward e-commerce. He was appointed the company’s Chairman in 2021 to help steer its e-commerce strategy leveraging on his experience as the founder and former CEO of Chewy.

Cohen revealed his stake in a public letter addressed to Bed Bath & Beyond’s directors. In the letter, he argued that the retail chain’s growth strategy wasn’t appropriate, causing it to underperform rival retailers. He cited Bed Bath & Beyond underperforming the S&P Retail Select Industry Index by 58% into the two-and-a-half-year tenure of its latest CEO, Mark Tritton.

Cohen also called out Tritton’s compensation of $27mn since he assumed the CEO role as excessive compared to the returns Bed Bath & Beyond has delivered to shareholders during his tenure.

In response to Cohen’s letter, Bed Bath & Beyond said it had no prior contact with RC Ventures but will “carefully review their letter and hope to engage constructively around the ideas they have put forth.”

Cohen’s investment brought fanfare from other investors, mainly on the retail side. Bed Bath and Beyond’s stock rose 34% on Monday, giving it a market capitalization of $2.1bn.