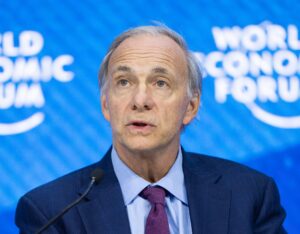 It’s a memorable time in the hedge fund world. Ray Dalio, the founder of Bridgewater Associates, the world’s biggest hedge fund by assets under management, has handed over the reins after nearly five decades at the firm. He has given up the role of co-chief investment officer (co-CIO) and ceded his majority stake in Bridgewater to the firm’s board of directors.

We can always expect the old guard to give way to the new guard. Dalio set up Bridgewater in his late 20s and is now 73 years old. He has cemented himself as one of America’s prominent investors, with regular public speeches and books to match. Unlike many Wall Street pundits though, Dalio has the credentials to back his words up.

It has not been all rosy for Dalio. His hedge fund suffered considerable losses in 2020, a year when many top hedge funds posted big profits. However, it has gradually recovered, posting a 32% return for its flagship fund in this year’s first half.