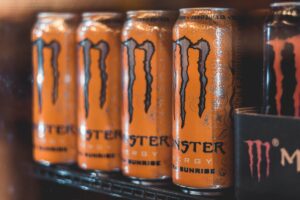 After its conquest in the energy drinks market, Monster Beverage is expectedly looking towards other sectors to expand, and we see that alcoholic beverages are the next target. Just in, the energy drinks giant has agreed to acquire CANarchy Craft Brewery Collective, a Colorado-based maker of craft beers and hard seltzers. CANarchy has a constellation of craft beer and hard seltzer brands that will add to Monster Beverage’s portfolio after the purchase.

Monster Beverage is a publicly-traded company whose biggest shareholder is The Coca-Cola Company (NYSE: KO). Despite having a significant stake in Monster, Coca-Cola has its brands of energy drinks rivaling the company.

Monster has a current market capitalization of $50bn. The stock is down about 2% year-to-date.

Golf Legend Tiger Woods Gets Into The SPAC Business