Golf Legend Tiger Woods Gets Into The SPAC Business 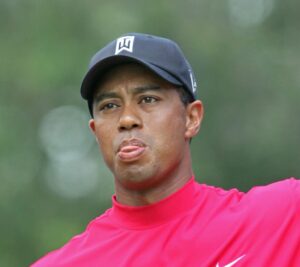 If you think too many athletes are launching special-purpose acquisition companies (SPACs), then hold your beer; golf legend Tiger Woods is joining that clique. A SPAC in which he’s the lead investor has filed for an initial public offering (IPO) to raise up to $150mn.

Sports & Health Tech Acquisition Corporation has filed for a listing on the Nasdaq stock exchange, seeking to raise $150mn by selling 15 million share units for $10 each. Tiger Woods is the lead investor in the SPAC, and its management team includes two other people that currently work with him. The SPAC’s Chief Commercial Officer is Mark Steinberg, a professional sports agent who has represented Woods for over 25 years. The finance chief, Christopher Hubman, is currently the Chief Financial Officer (CFO) of Tiger Woods’ TGR Ventures.

Woods is an American pro golfer regarded as one of the greatest golfers of all time. He’s also a prolific businessman with interests in the sports and hospitality sectors, encompassing golf courses, live sports events, and restaurants. In his career, he’s invested in several startups and tech companies, including Google, in its early days.

Microsoft To Buy Games Maker Activision In $69B All-Cash Deal