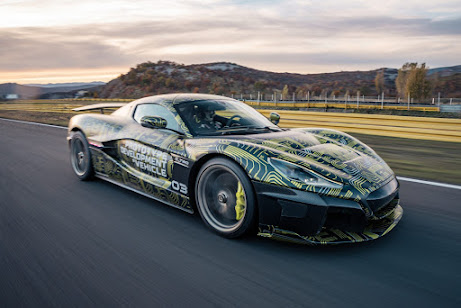 Porsche, the popular maker of high-performance cars, definitely has its eyes set on transitioning to an electric future as it’s already released its first all-electric vehicle, the Porsche Taycan, which sold over 20,000 units in its first year of mass production being 2020.

Along with producing its own all-electric vehicles, Porsche has also signaled its major interest in the electric car market by investing in Rimac, a Croatian maker of high-performance electric cars. The German carmaker had previously invested a sum in Rimac that gave it a 15% stake in the Croatian electric car startup and now has announced that it’s investing another 70 million Euros ($83 million) to boost its stake to 24%.

As Porsche is investing the sum of 70 million Euros ($83 million) to increase its stake in Rimac by 9%, it’s implied that Rimac’s valuation from Porsche’s investment sums up to roughly 778 million Euros ($922 million). That valuation makes it one of the most valuable electric car startups worldwide, more so one based in a European nation.