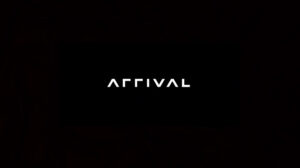 Arrival SA (NASDAQ: ARVL), a UK-based electric car startup, is facing significant troubles lately. The latest sign is that its founder and CEO, Denis Sverdlov, has stepped down from his role and been replaced by the company’s Chairman, Peter Cuneo.

Arrival is focused on developing electric vans instead of passenger cars like most EV startups. In 2020, American logistics giant United Parcel Service (UPS) ordered 10,000 vans from Arrival, a deal that thrust the EV startup into the limelight. However, Arrival has faced considerable manufacturing hiccups– this August, the company slashed its production target for 2022 from 400 vehicles to just 20. Besides, it has said it doesn’t expect to generate revenue until after 2023.

With production moving at a slow pace, Arrival is relying on investors’ cash to stay afloat and racking up significant losses. It reported a total of $410mn in losses between January and September of this year. These woes have caused investors to turn their backs on Arrival and, consequently, sunk the company’s value. Now, its founding CEO has stepped down and been replaced by Peter Cuneo, the sponsor of the SPAC that Arrival merged with to become a publicly-traded company.

Cuneo is the former CEO of Marvel Entertainment. He was recruited in 1999 to turn around a company then burdened by significant debt and having just emerged from bankruptcy. Under his leadership, Marvel wrought out its problems, and in 2009, Disney acquired the brand for over $4bn.  It appears that Cuneo wants to apply a similar charm to Arrival, and whether he’ll be successful or not is up to speculation.