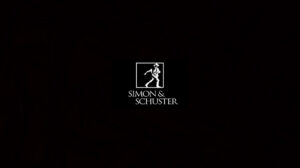 The antitrust arm of the United States government has something to rejoice about lately. It has successfully blocked a deal that would have seen two book publishing giants merge into one stronger powerhouse.

In November 2020, Penguin Random House reached an agreement to buy Simon & Schuster for $2.2 billion in cash from the media conglomerate Paramount Global (formerly ViacomCBS). The U.S. Justice Department filed a lawsuit a year after, arguing that the acquisition will harm book authors and consumers by concentrating too much power in one company.

The American book publishing market is famously dominated by the “big five” publishers, namely Penguin Random House, Simon & Schuster, HarperCollins, Macmillan, and Hachette Livre. The proposed merger would have cut it down to the “big four”, so it’s easy to see why the U.S. government opposed it.

However, the U.S. government has lost several recent antitrust cases, including in the healthcare sector (UnitedHealth Group’s $13bn acquisition of Change Healthcare) and the sugar industry (U.S. Sugar’s deal for Imperial Sugar).