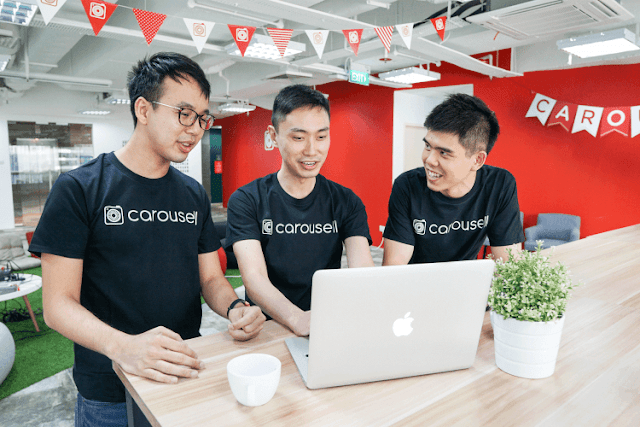 Carousell, one of the largest online consumer to consumer marketplace classifieds marketplace operating in South East Asia has raised a whooping $85 million in Series C funding from various investors including Rakuten Ventures and already existing investors Sequoia India and 500 Startups to rapidly expand its product with Artificial Intelligence at the forefront.

Carousell which was founded 2012 by its current CEO Quek Siu Rui, Marcus Tan and Lucas Ngoo and operates mainly in more than 6 countries with this round included has now raised a total of  $126. 8 million from a slew of investors to develop its very innovative product.

The company has decided it will make use of artificial intelligence and machine learning technology to make its marketplace(s) a very wonderful experience for its users. The company will also rapidly expand internationally with this huge round of funding.

In a statement to Forbes, CEO Quek Siu Rui said “We’re actively looking to expand our expertise in areas of data science, machine learning and many other emerging fields. We believe AI will greatly improve the overall classifieds experience for our users. We’ve already begun leveraging AI and machine learning to bring greater value to consumer lives, with several product updates rolled out last year’’.

This $85 million round is the largest Series C amount raised in the field of classified ads in South East Asia currently and will have to make a mark in the company’s growth as it always innovates to stay Mobile and AI first and also deliver the best product to its consumers. This is given that Carousell has seen an increase in complaints from users about fake items being sold on its platform, Experiences on Fraud, Scam and harassment has also circulated among its users on social media with them calling on the company to find ways to curb this issue.

Carousell will have to apply AI technology in the curbing of this issue with Machine Learning being very good at verifying authentic deals and has a huge probability when picking out suspicious placements.

Carousell first raised an $800 thousand round as its seed funding and took $35 million in its previous Series B, We should expect them turning this cash influx into good experiences for the customers and eventually very good profit for the Team, Investors and other shareholders alike.