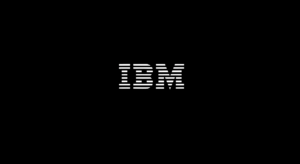 Old-guard tech giant IBM (NYSE: IBM) has struck a deal to sell some of the assets of its struggling Watson Health division to a private equity firm. Francisco Partners, a leading PE firm, has agreed to buy IBM’s healthcare data and analytics assets currently grouped under Watson Health. The assets include some acquisitions IBM previously made to build up a robust healthcare tech business, although it didn’t quite reach its goal.

Both parties didn’t disclose the financial terms of the deal. However, a Bloomberg report said Francisco Partners would pay over $1bn+ for the assets. This amount may seem huge, but recognize that IBM spent around $4bn on acquisitions to build up Watson Health. Now, it seems to be selling most of those assets for a mere $1bn.

IBM may be a stale name in the tech world, but the company still brings in tens of billions of dollars in revenue each year. For example, it reported $74bn in revenue in 2020 and $54bn in the nine months ended September 2021. However, revenue growth has been minute, typically under 5% in recent years.

IBM has identified “hybrid cloud” as its most promising business line. The term refers to a computing environment that combines both an on-premises data center (a private cloud) with a public cloud service, allowing enterprises to share data and applications between them. IBM has spent significant money buying cloud companies, over a dozen from 2021 to date. Let’s hope they don’t meet the same fate as Watson Health.

IBM has a current market capitalization of $116bn. Its stock is down 3% year-to-date.