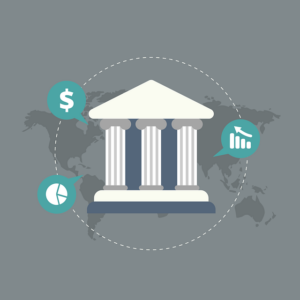 It’s rare to see venture capital firms investing in a regular bank, but it recently happened. Cross River Bank, a New Jersey-based bank whose primary clientele is fintech companies, has closed a $620mn round led by Eldridge Industries and Andreessen Horowitz, the latter a blue-chip Silicon Valley venture capital firm. Other participants in the round included T. Rowe Price, Hanaco Ventures, and Whale Rock.

If you’ve ever traded cryptocurrency on Coinbase, took a loan on Affirm or Upstart, or transferred money through Wise (formerly TransferWise), you may have interacted with Cross River Bank. It’s a licensed, federally insured bank. Cross River’s banking services cover loan underwriting, money transfer, and management of user deposits.

Though having a single branch, Cross River managed $9bn of assets as of December 2021 (FDIC data). That figure seems large at face value but not in the grand scheme of the American banking system. Cross River is a relatively small player in the system but has found a good customer niche and served them well.

Many may (rightly) argue that Cross River is overvalued (at $3bn+) for a bank managing $9bn in assets. But, such is the timeline we’re in, and the fintech buzz surrounding the company may set it up for a good exit via a public listing in the future.