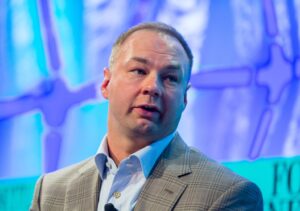 Thomas Tull, a prominent Hollywood mogul and investor, has launched a new venture capital fund seeking to raise up to $5bn, regulatory filings indicate. The fund will focus on investing in technology companies.

The U.S. Innovative Technology Fund has raised $1.35bn out of a targeted $5bn, according to an SEC filing. The minimum investment from limited partners is $10mn and the fundraising is ongoing. The SEC filing appears to be the only official document at this point that provides clues about Tull’s new fund. However, a Bloomberg report says that it’ll invest in growth and early-stage companies mainly in the defense industry.

According to Bloomberg, Tull is the Chairman of the new fund and is joined by a team of advisers including venture capitalist Joe Lonsdale; Ryan McCarthy, former Secretary of the U.S. Army; and Wyman Howard, a retired U.S. Navy Rear Admiral.

After selling Legendary Entertainment, Tull turned his focus towards investing in other companies via his holding company, Tulco. He was an early investor in medical apparel retailer Figs (NYSE: FIGS) and held a 58% stake at the time of the company’s public listing in 2021, where he cashed out $480mn of shares. Another notable investment is Acrisure, an insurance brokerage that raised funding at a $23bn valuation this May.

Given Tull’s reputation and connections in the business world, he may not face hindrances in raising $5bn for a new investment fund. According to Bloomberg, Guggenheim Partners, an investment firm with over $300bn of assets under management, is a major investor in the U.S. Innovative Technology Fund.

Palmer Luckey’s Defense Startup Anduril Raises $1.5B, Valued At $7B