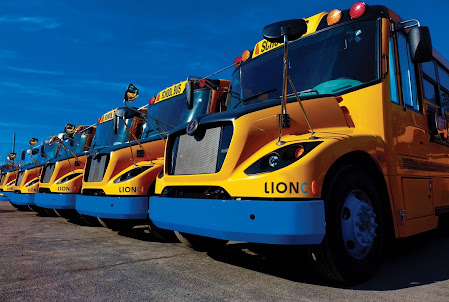 Lion Electric, a Canadian-based manufacturer of electric buses and vans, has announced that it’s sealed a deal to go public by merging with blank-check firm Northern Genesis Acquisition Corp, whereas the merger is expected to hand over $500 million in cash to Lion Electric split into $320 million already secured by Northern Genesis Acquisition Corp from its public debut and an additional $200 million to be raised from investors.

The merger is expected to deliver a combined company with an initial pro forma market value of $1.9 billion, whereas upon completion, Lion Electric’s current shareholders will hold 70% of the combined company.

Lion Electric is a Canada-based manufacturer of all-electric medium and heavy-duty urban vehicles such as yellow school buses and delivery vans. Since it was founded in 2008, Lion Electric has delivered over 300 vehicles and now plans to more than double that number to 650 just in 2021 alone, whereas the company says it has over 300 purchase orders at hand.

Lion Electric has a manufacturing facility which it says is capable of rolling out 2,500 vehicles per year, meaning that there’s potential to fulfill much more sales than it currently does.

Lion Electric is the latest electric carmaker looking to go public by way of a blank-check merger. Others of its kind which have also sealed blank-check merger deals include Canoo, Arrival, Lordstown Motors, and XL Fleet.