This Friday, QuantumScape, a company that’s working on solid-state lithium-metal batteries for electric cars, debuted on the public markets by way of a merger with a blank-check firm. It marked one of the major blank-check mergers of this year and drew outsized demand from investors that led to its shares soaring over 50% on its very first trading day.
QuantumScape was founded ten years ago and over time raised funding from a host of venture capital firms as well as individual entrepreneurs such as Microsoft founder Bill Gates and Tesla co-founder and former Chief Technology Officer (CTO) JB Straubel.
QuantumScape’s rise on its trading debut saw it gain a large pro forma market value of over $16 billion, an unusual one for a company that doesn’t expect to begin generating revenues till 2024, and with that, the company’s early backers have reaped lucrative profits from their investments or at least on paper for the time being.
In this article, we examine the early investors in QuantumScape whom we’ve assessed to have reaped lucrative returns from the company. They include;
Bill Gates
The famed Microsoft founder Bill Gates has a long history of investing in ambitious and pioneering companies. He backed QuantumScape back in 2013 at a time when the company’s valuation amounted to nearly $600 million, according to PitchBook data.
Gates is listed as an investor in QuantumScape’s SEC filings via the Bill & Melinda Gates Foundation Asset Trust which manages the assets of his eponymous foundation. It seems that his investment in QuantumScape won’t benefit him directly but would go to his foundation which counts as the world’s largest private foundation with about $50 billion in assets.
Gates’ exact stake in QuantumScape isn’t disclosed but with the company’s pro forma valuation of over $16 billion, he’s assumedly clinched a lucrative bet on it.
Vinod Khosla

Vinod Khosla is an entrepreneur and investor who co-founded Sun Microsystems and later on founded his well-known eponymous venture capital firm Khosla Ventures. He was a seed investor in QuantumScape thanks to his ties as an early investor in QuantumScape co-founder Jagdeep Singh’s previous company, Infinera.
Having got in at the seed stage, Khosla has likely reaped a lucrative amount taking into account QuantumScape’s current valuation on the public markets.
Khosla invested in QuantumScape through Khosla Ventures and chipped into subsequent rounds after the seed round he participated in. He’s listed as a notable shareholder in a QuantumScape SEC filing although the exact size of his stake in the company isn’t disclosed.
John Doerr/Kleiner Perkins 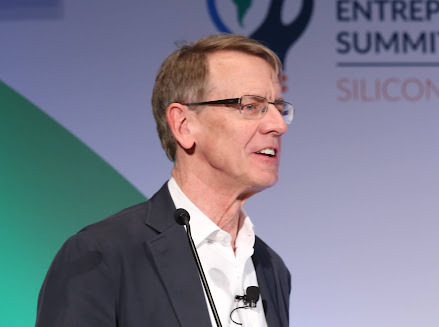 John Doerr is a well-known investor who has for long led the venture capital firm Kleiner Perkins. He’s known to have a knack for betting big on energy companies, several of which didn’t fare well and had to close shop. This time with QuantumScape, he seems to have lucked out and can now comfort himself for the sizeable losses he swallowed on several clean energy companies in the past.
Doerr backed QuantumScape via Kleiner Perkins earlier on when the company’s valuation hovered around $150 million (PitchBook data). Now given QuantumScape’s pro forma valuation of over $16 billion, Doerr has obviously fared very good even when factoring in dilution to that market value.
Doerr is not just an investor in QuantumScape but is a long-time board member who has helped forge its growth.
JB Straubel
JB Straubel is a co-founder of the popular electric carmaker Tesla and was the company’s Chief Technology Officer for a long time. He left Tesla just last year to launch a startup that recycles electric car batteries to decrease waste and make batteries cheaper to obtain, more on that >here.
While he was at Tesla, Straubel invested in QuantumScape and joined the company’s board. He’s been instrumental to its operations both with both his expertise and reputation as a co-founder of the world’s biggest electric carmaker by market value.
Straubel’s investment in QuantumScape was likely small since he backed the company individually. He has nevertheless likely reaped a small fortune thanks to QuantumScape’s current market value on the public markets.
Volkswagen

Capricorn Investment Group is a venture firm founded by early eBay employee and tech billionaire Jeff Skoll. He founded the firm in 2001 after seeing success at eBay and has overseen its growth to now with over $5 billion in assets under management, whereas the firm manages both Skoll’s money and that of other investors.
Capricorn invested in QuantumScape in 2015 and holds a stake in the company, the exact amount not disclosed. Dipender Saluja who is a partner at the venture firm sits on QuantumScape’s board.
Capricorn is notably a multi-billion dollar venture firm that focuses on sustainability companies.
Lightspeed Venture Partners
Lightspeed Venture Partners is a well-known venture capital firm with over $10 billion of assets under management. It’s scored lucrative bets over the years on companies including Snap Inc, AppDynamics (acquired by Cisco), Nutanix (IPO), and MuleSoft (IPO, then Salesforce acquisition).
Lightspeed invested in QuantumScape in 2015 in the same round that Capricorn chipped into. Although the exact size of the firm’s stake isn’t disclosed, it’s likely made a sizeable win given QuantumScape’s large market value.
Prelude Ventures

Prelude Ventures is a climate change-focused venture capital firm that was founded in 2013 by couple Nat Simons and Laura Baxter-Simons. Nat is the son of the renowned mathematician and hedge fund tycoon James Simons of Renaissance Technologies, wherein Nat serves as Co-Chairman.
Prelude Ventures has backed over 40 companies since it was founded seven years ago, one of its investments being QuantumScape. Although the exact size of its stake in QuantumScape isn’t disclosed, the firm has likely reaped sizeable profits given QuantumScape’s current market value.
Note; 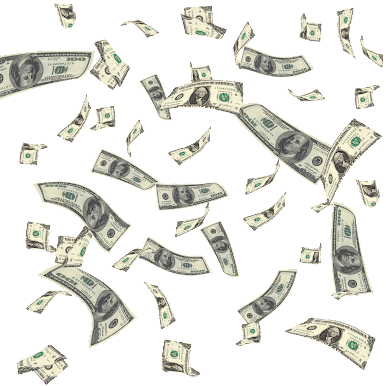 These aforementioned firms have clinched sizeable profits on paper, but there’s actually no guarantee of that lasting. All of the company’s shareholders have agreed to a lockup period of up to 180 days wherein they won’t be able to sell their shares on the market.
Notably, QuantumScape has said that it doesn’t expect to begin generating revenues till mid-2024 as it’s still focused on research and development for the main time. The company’s current $16 billion+ market value is wholly driven by great investor sentiment and there’s no guarantee of that lasting.
Depending on if QuantumScape is able to achieve its ultimate goal of producing viable solid-state batteries for electric vehicles at scale, which something that hasn’t been done by anyone yet, the company could make bank or, on the other hand, break several banks.
For more insight, see ‘QuantumScape; A Good Investment?‘.