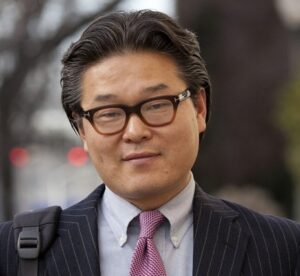 Ol’ Bill Hwang had $20bn and lost most of it in two days. That sounds like fiction but it isn’t. Hwang is indeed a real trader who amassed an enormous fortune through leveraged stock bets and lost it in substantially less time than he took to build it.

Hwang is the founder of Archegos Capital Management, a family office that managed his assets and is at the center of his recent misfortune. Before Archegos, he founded Tiger Asia Management, a hedge fund he shuttered in 2012 after paying a $44mn penalty for insider trading activity.

Despite his enormous losses, all seemed cool for Hwang (he wasn’t going to starve anyways).  But, not so fast. He’s been indicted in Manhattan federal court for allegedly misling banks to borrow money that, in turn, was used to “unlawfully manipulate” the prices of publicly-traded stocks.

Hwang was indicted with one count each of racketeering conspiracy and wire fraud, two counts of securities fraud, and seven counts of market manipulation. His top lieutenant and former Archegos finance chief, Patrick Halligan, was also indicted on similar charges (except market manipulation).

Hwang and Halligan were arrested on Wednesday and both pleaded not guilty before a judge. They’ve been released on respective bail bonds of $100mn and $1mn.