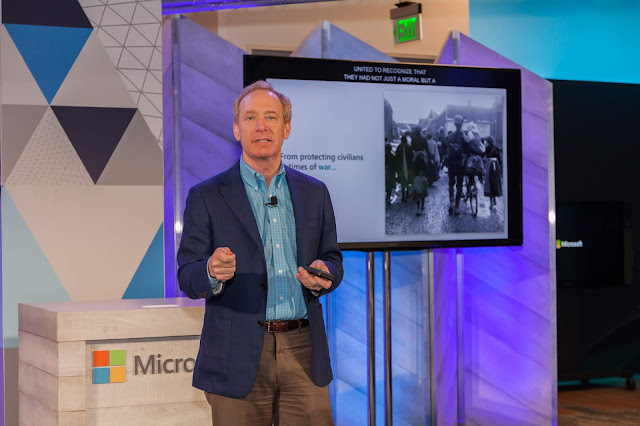 In the recently released statement, Microsoft’s President Brad Smith states “We’ve since confirmed that the contract in question isn’t being used for facial recognition at all. Nor has Microsoft worked with the U.S. government on any projects related to separating children from their families at the border, a practice to which we’ve strongly objected.”

The company states of this as being the likely best approach to be effective in meeting public goals concerning the technology in relation to preventing misuse by organizations as even if some companies choose not to provide facial recognition services for certain organizations in case of misuse, Several companies might still alter their practices to provide them which may create a problem except orderly federal regulation is put into play.

Microsoft’s President Brad Smith in the blog post states “It may seem unusual for a company to ask for government regulation of its products, but there are many markets where thoughtful regulation contributes to a healthier dynamic for consumers and producers alike.” The President and also Chief Legal Officer of Microsoft continues “The auto industry spent decades in the 20th century resisting calls for regulation, but today there is broad appreciation of the essential role that regulations have played in ensuring ubiquitous seat belts and air bags and greater fuel efficiency. The same is true for air safety, foods and pharmaceutical products. There will always be debates about the details, and the details matter greatly. But a world with vigorous regulation of products that are useful but potentially troubling is better than a world devoid of legal standards.”