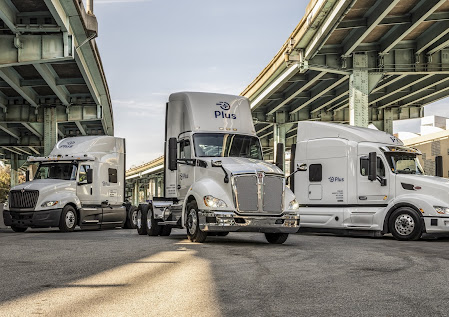 Plus, an American-Chinese self-driving truck startup that formerly bore the name Plus.ai, has announced that it’s raised a fresh funding round of $200 million led by new investors Guotai Junan International, CPE, and Wanxiang International Investment, three Chinese firms. Other existing backers such as the Chinese on-demand trucking giant Full Truck Alliance also participated in the round.

With its new funds, Plus says that it’s working to meet its goal of mass production of self-driving trucks this very year. The company already has extensive testing operations in the US and China and now plans to expand further internationally into Europe and other parts of Asia. The new funds will allow Plus to hire more employees to guide its growth.

Plus has made a key partnership with the Chinese truck maker FAW, a partnership that involves the deployment of its self-driving technology on trucks mass-produced by FAW. The company aims for the mass-production deployment to kick off this year.

Plus also has a production partnership with the Chinese state-owned automobile manufacturer SAIC Motor, which has invested in Plus as part of the tie-up between both companies.

Plus boasts that over 10,000 trucks powered by its self-driving system have been pre-ordered, then leaving the company to work hard to meet its manufacturing targets.

With its new funding round, Plus.ai has now raised over $400 million in known venture funding. The five-year-old startup has cemented its place as one of the biggest-funded automated trucking startups presently.

Although with extensive operations in China, Plus operates its main headquarters in Cupertino, California.

Like Plus, there exist several other well-funded automated driving and trucking startups with extensive operations in China. They include the self-driving arm of the Chinese ride-hailing giant Didi Chuxing; TuSimple, which has raised hundreds of millions from investors including the American courier giant UPS; and WeRide, which raised $200 million from the Chinese automotive giant Yutong just about two months ago.