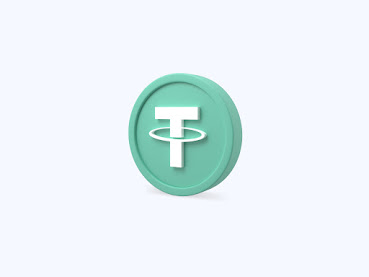 Tether Limited, the organization behind the eponymous Tether (USDT) stablecoin, has been fined a substantial sum for lying about the fiat reserves backing its stablecoin. It was fined $41mn by the US Commodity Futures Trading Commission (CFTC).

Tether (USDT) is a supposed stablecoin, which implies its value is tied to another asset, in its case the dollar. It was originally designed for its issuing organization, Tether Limited, to maintain $1 of fiat for every $1 of USDT it issued, but there are signs that the organization isn’t doing so but rather using its reserves to trade risky assets in a bid to generate massive profits.
Hypothetically, Tether is meant to have enough cash reserves to redeem all its tokens if required but it appears that the organization is using its cash reserves to make risky bets on illiquid assets. For example, a recent Bloomberg investigation showed that Tether’s reserves include loans to large Chinese companies and also loans to other crypto companies.
This isn’t Tether’s first run-in with US authorities resulting in a fine. Earlier this year, the organization was fined $19mn by the state of New York and ordered to cease trading activity there for misleading customers about its reserves, the exact same complaint of the CFTC.