The world of transportation has for long seemed like one that’s ripe for disruption and in several cases that has proved true. Firstly came ride-hailing, a movement spearheaded by Uber that disrupted the taxi industry. The ride-hailing model has also been applied to the logistics industry by companies like Convoy and KeepTruckin that have built platforms to facilitate on-demand freight delivery. A few startups, one example being SoftBank-backed Reef, are building software to better manage and garner insights from automobile parking lots. Others such as Ohio-based Root are pushing to revamp the automobile insurance process. Several more are working on making the car-ownership process easier, be it by financing, facilitation of peer-to-peer car rentals, or aiding of online used car sales. There are numerous other examples of newer startups aiming to grab the business of older incumbents in the transportation sector. 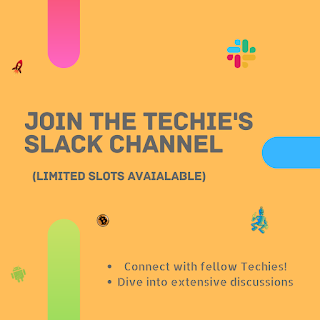 The transportation industry is an eminently important part of the global economy so there shouldn’t be any surprise that it’s one worth trillions of dollars on a global scale. In addition to the several disruptions and revamps affecting the sector that are mentioned in the first paragraph, there are also others that are being worked on but haven’t reached a stage of mass adoption. They include self-driving cars, drone deliveries, robot deliveries, air taxis (commonly referred to as flying cars) and the likes. As widely known, self-driving cars are being worked on by numerous startups and established companies alike, a few examples being Waymo, Uber, Aurora, GM Cruise, TuSimple, Nuro, and Plus AI. Drone and ground robot deliveries are also being piloted by numerous companies, a notable example being e-commerce giant Amazon. Then comes air taxis, another segment being piloted by a few companies, a notable example being Joby Aviation, a Santa Cruz-based startup that’s fresh off $590 million in Series C funding led by Toyota.

Deploying self-driving cars at mass-scale will prove undoubtedly difficult, so will deploying delivery drones and robots. However, deploying air taxis while no simple task could prove easier than deploying mass-scale driverless cars and robot/drone deliveries. This is because the air is sort-of a limited and spacious environment where vehicles can move more freely under more controlled circumstances, compared to land movement where there are unlimited vehicular scenarios resulting from millions of persons with different minds in commute. In simple terms, making driverless cars and autonomous drone and robot deliveries work would require that the cars, drones and robots be familiar with the countless situations they could encounter while in transit and be able to make safe decisions. In the air, however, there are limited scenarios an air taxi could encounter while autonomous, and in several cases, they may not even be autonomous.

Who remembers that quote from Palantir founder Peter Thiel, “We wanted flying cars, instead we got 140 characters”, 140 characters, in this case, referring to Twitter’s previous wording limit (now increased to 280). Thiel penned this quote in 2011 in a manifesto that was titled “What happened to be future?“.  The idea behind that manifesto was that venture capitalists in the 1970s and 1980s had a knack for funding revolutionary ideas such as biotech, semiconductors, and networking which as at that time were quite ambitious investments, compared to the 1990s and beyond when they developed a knack for funding “companies that solved incremental problems or even fake problems”. In summary, Thiel felt VCs began generating lower returns by shifting from funding revolutionary ideas to funding companies that were more bent on driving convenience rather than breaking technological barriers (not to bash such ”convenience” companies because we also need them). In recent years, however, Thiel seems to have gotten his wish. Billions of dollars have flowed into companies working on revolutionary fields like autonomous driving, drone deliveries, vertical farming, genome engineering and the likes. Air taxis also happens to be one of such fields and hasn’t missed out from the uptick in funding. Alongside Joby, other companies developing air taxis such as Volocopter, Lilium and Kitty Hawk have raised millions of dollars in funding.

Developing air taxis will certainly require many investments, and entities have to provide them. For air taxis to go mainstream, there has to be a suitable infrastructure in place that’ll cater to their operations. Intended for short on-demand flights, operators will have to set up pickup and dropoff points at various locations around a city similar to the way bus stops are usually located. Setting up such would come at relatively high costs but that may not pose much of a problem given investors have already opened up their checkbooks for the industry. The problem apparently now lies in when? and not how (?) we’ll be getting air taxis. The answer; soon? or much more later?.

Uber, the ultimate ride-hailing disruptor, happens to be also preparing for a planned launch of air taxis. After disrupting transportation on land, the San Francisco-based company seems to be keen on also doing that in the air. Uber has an initiative dubbed Elevate that has brought together several partners to work together for a commercial air taxi service it plans to launch by 2023. These partners would manufacture the light commercial aircraft, all-electric, that’ll be used for the service. Uber will then facilitate passenger requests, airspace support services and customer interaction. Partners that signed up to manufacture electric vertical takeoff and landing (eVTOL) aircraft — as they are commonly referred to — for Uber Elevate include Joby Aviation, Boeing, Hyundai, Pipistrel, EmbraerX, Bell, Karem Aircraft and Jaunt Air Mobility. Uber has also partnered with the likes of NASA, ChargePoint (electric vehicle charging network), Hillwood (real estate), Signature Flight Support, and a few colleges to facilitate the operation and maintenance of the aircraft that’ll be used for the air taxi service.

Of course, there lies the issue of regulation as regards to the use of light commercial aircraft. With development spurring at a speedy rate, air safety agencies have rushed to draft rules for the use of air taxis. Major points where such rules will effect include the vetting of aircraft and the software that’ll run them, vetting of aircraft operators, operations and maintenance guidelines, and height restrictions to prevent noise pollution. For all these, Uber says it’ll “continue to work closely with city and country stakeholders to create an aerial ridesharing network that’s intended to be safe, quiet, and environmentally conscious”, as stated on its website.

For reference, let’s have a look at some light eVTOL aircraft being produced by Uber’s partners.

These aircraft seem like giant drones and that’s sort of what they are. Designed for short distances, they’ll be all-electric with a suitable range to facilitate quick pickups and dropoffs. Uber is adopting them for the planned debut of its air taxi service (dubbed Uber Air) in the cities of Dallas, Los Angeles and Melbourne (Australia) in 2023.

In theory, air taxis could prove to be a faster and more efficient way (as regards to the release of greenhouse gases) to facilitate day-to-day transportation. Being extremely fast in the air, they can potentially reduce traffic by a good margin by getting people to their destinations much quicker than automobiles are capable of. However, there are inconveniences that could, in turn, pose problems to its use at scale, one example being price. Of course, developing and maintaining eVTOLs wouldn’t come cheap and their manufacturers would obviously want to turn a profit from their operation. Will they then be able to offer transportation services at a price cheap enough for the majority of consumers. For reference, we currently have something similar to these air taxis and they’re called helicopters. However, chartering one usually comes at a high cost that’s above the budget of most laypersons, resulting in them being used by persons from the top-earning brackets. It’s then left to the builders and operators of air taxis to come up with cheaper ways to maintain them during use. There may also have to be subsidies to facilitate the use of such air taxis at scale.

Another major issue is noise pollution. You’ve probably experienced how noisy a moving helicopter can be, and oh boy, these air taxis would be no exception. Imagine hundreds of helicopters flying above you at any given period. The resulting noise would not just be funny. Measures such as flying height restrictions may do well to contain the noise but won’t emanate them. Judging from those pictures, those eVTOL aircraft wings are bound to generate lots of noise.

There are also other challenges such as managing air traffic flow, cost of setting up and maintaining suitable infrastructure, managing battery supplies, safety procedures in case of accidents, and the likes. However, we should not just be critics and problem-pointers but also strive to foresee and come up with solutions to projected problems. Sure, they’re many obstacles standing in the way of the mass use of air taxis. It’s very much possible the 2023 target set by Uber isn’t realistic and will have to be moved much farther. However, what’s somewhat definite is that air taxis are around the corner and could be launching even sooner than expected.

For the main time, as we await our air taxis, we may just have to make do with helicopter-on-demand services such as Blade which are the closest things to an on-demand air taxi service that we currently have. If you’re down for a ride, you should go book one of such services, and also read another of our write-ups on the promise of self-driving cars that was broken by its proponents. We can then hope that the promise of air taxis are not also broken so that we need not draft another long write-up on its case.

Magic Leap Said To Be Exploring A Sale