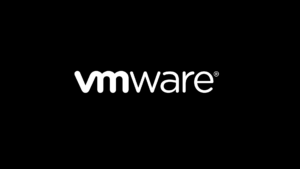 Broadcom (NASDAQ: AVGO), a chipmaking giant, has agreed to buy VMware in a cash and stock deal worth $61bn. It’ll also assume $8bn of VMware’s debt as part of the agreement.

Why is a chipmaker spending an enormous sum to buy an enterprise software company?

Broadcom’s acquisition strategy seems smart; Find companies with deep links into big corporations’ IT setups that would be hard to abandon, then improve margins by reducing the cost of sales and marketing, as the company’s head of software, Tom Krause, described to The Technology Letter.

To reduce sales and marketing costs, Broadcom employs “cross-selling and upselling,” that is, promoting other products within its ecosystem to existing enterprise customers. For example, the company tries to get a Symantec customer to buy CA software for the first time. It’s easier to clinch sales this way than to target new customers, which requires spending more money and time.

Broadcom has also turned its focus towards subscription licensing to bring in a steady stream of revenue from its enterprise software, the type Wall Street loves.

VMware’s history is an intriguing one. The company has been passed around several times in an atypical way for tech companies of its caliber.

The acquisition’s terms include a 40-day “go-shop” period during which VMware can seek a better deal. If it doesn’t, then Broadcom should close the acquisition in its fiscal year 2023, barring regulatory hurdles.