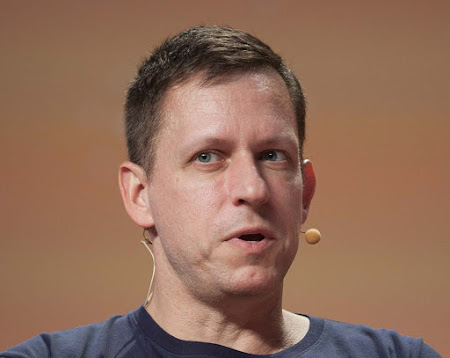 Founders Fund, the venture capital firm founded and chaired by the entrepreneur Peter Thiel, has won big from its investment in the online home rentals company Airbnb, which recently debuted on the public markets and hit a market cap of over $100 billion on its first day of trading.

Listed as a significant shareholder in Airbnb’s SEC filings, Founders Fund itself notes that its Airbnb stake was worth $3.8 billion as of market close on Thursday, indicating a stellar return for its investment in the company which was a reported $150 million.

Founders Fund’s Airbnb stake traces back to a $200 million round that the firm led for Airbnb in 2013. As of that time, Airbnb was the largest deal Founders Fund had ever made and represented a very bold bet for the firm. The round which it led valued Airbnb at a reported $2.5 billion, then in the company’s fifth year of existence.

Now, only seven years later, Founders Fund has seen the value of its Airbnb holdings soar to nearly $4 billion, cementing a very lucrative year for the firm, which also reaped big returns from the IPOs of the collaboration software company Asana and data mining and analytics firm Palantir as well as the food delivery service Postmates, which sold to Uber for $2.65 billion.

Particularly, Palantir was founded by Peter Thiel, who also is the founder of Founders Fund.

Over the years, Founders Fund has made its mark as one of the most prolific investors in the technology industry, with bets on dozens of well-known companies. A report by the Wall Street Journal last year noted that Founders Fund had more than quadrupled the value of a fund it closed in 2011, precisely turning every $1 invested into $4.60 thanks to lucrative bets on companies including Airbnb.

Now, with Airbnb on the public markets and having soared over 100% from its debut price coupled with a stellar market performance by Palantir, Founders Fund can increase that figure a bit and make a toast to its outsized success. Even yet, the venture capital firm is set to score another big win when the ‘buy now, pay later’ service Affirm goes public expectedly before the year runs out.

Founders Fund is among a handful of investment firms that have scored big wins from the tech IPOs seen this month, other such firms including Sequoia Capital, which pulled in billions from the IPOs of both Airbnb and the food delivery service DoorDash as well as the Japanese tech conglomerate SoftBank, which turned a $680 million investment in DoorDash into an $11.5 billion stake.

Also, another investor, this time an individual, who reaped big from Airbnb’s IPO is the Amazon founder and CEO Jeff Bezos.

Photo: Peter Thiel, by jdlasica is licensed under CC BY 2.0