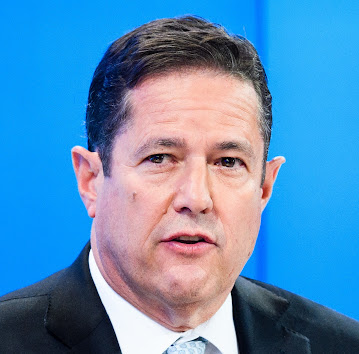 Jeffrey Epstein, the late convicted sex offender, is dead, but his stained legacy lives on, causing damage to his associates in the finance world. Leon Black, the ex-CEO of private equity firm Apollo (NYSE: APO), resigned this March after an investigation revealed his extensive commercial ties to Epstein. Similar connections have cost another big-name CEO his job; Jes Staley, head of British bank Barclays.

“In”view of those conclusions, and Mr Staley’stention to contest them, the board and Mr Staley have agreed that he will step down from his role as group chief executive and as a director of Barclays,” Barclays said in a statement.

“I” should be noted that the investigation makes no findings that Mr Staley saw, or was aware of, any of Mr Epstein’s alleged crimes, which was the”central question underpinning Barclays’ support for Mr Staley following the arrest of Mr Epstein in the summer of 2019.” the bank said.
Stepping down, Staley will be replaced as CEO by Barclays’ head of global markets, CS “Venkat” Venkatakrishnan, with immediate effect. Like Staley, Venkat also joined Barclays after a career at J.P. Morgan.

Moves: GameStop COO Out After 7 Months On The Job