Markets: Microsoft CEO Unloads Half Of Shares For $300M 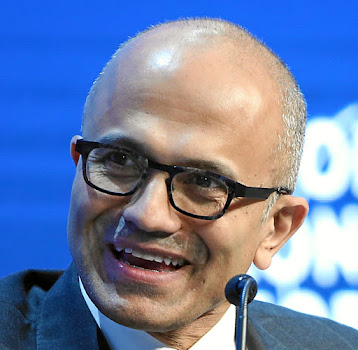 Satya Nadella, the chief executive of tech giant Microsoft (NASDAQ: MSFT), has offloaded a big part of his stake in the company, filings show. He unloaded half of his shares in the company in two days, pocketing nearly $300mn in cash proceeds.

As Microsoft’s CEO since 2014, Nadella has been paid handsomely, with shares making up the most significant part of his compensation. Considering Microsoft’s 6x stock appreciation since he took over, the shares have him smiling all the way to the bank.
For reference, Nadella’s pay package in the past three years was $50mn, $44mn, and $43mn, respectively.
Some other Microsoft executives have sold significant shares this month. They include President Brad Smith and Executive Vice President Judson Althoff, who each sold $18mn worth of shares in the first week of November.
Nadella accounts for the most significant part of insider sales at Microsoft, unsurprisingly because he’s the highest earner at the tech giant.
Photo: Satya Nadella, credit: World Economic Forum, licensed under CC BY-NC-SA 2.0
Share this...