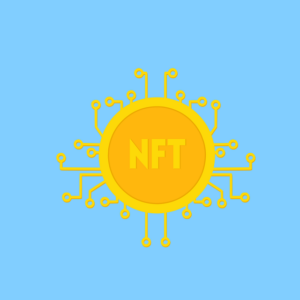 There’s a big buzz in the world of non-fungible tokens (NFTs). OpenSea, the leading marketplace for NFTs, has closed a big new round of funding with a big valuation to match. It’s raised a $300mn Series C round that values it at a whopping $13bn, compared to a $1.5bn valuation when it raised funding just six months ago. Coatue, a tech-focused hedge fund, and Paradigm, a crypto venture capital fund, led the funding round and joined a group of other unnamed investors.

Soaring from a $1.5bn valuation to $13.3bn in just six months is nothing short of bonkers and indicates that investors are hyped for a company like OpenSea, which sells shovels in the NFT gold rush. OpenSea has established itself as the biggest marketplace for NFT auctions, especially as interest in NFTs grew enormously over the past year.

We can at least see why investors are going nuts for OpenSea; according to data from DappRadar, the platform logged $2.5bn in transactions over the past 30 days. OpenSea makes money by taking a cut of all transactions made on its platform, 2.5% at this point. That translates to hundreds of millions in revenue with the transaction volume logged on OpenSea over the past year, which is incredible for a startup that launched just four years ago.

For all its glamour, OpenSea is not without controversy and black spots. Last September, an executive at the company admitted to insider trading of NFTs on its platform and was forced to resign.

OpenSea is an alumnus of the famous startup accelerator Y Combinator. That same accelerator also helped build Coinbase, the largest crypto exchange in the US that’s publicly traded and commands a market capitalization of over $50bn.