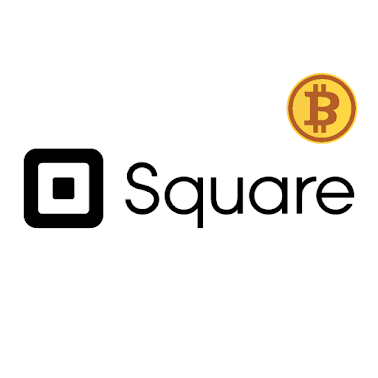 Just after the electric carmaker Tesla revealed a purchase of a whopping $1.5 billion worth of bitcoin, another publicly-traded company has seemingly followed suit, this time the Jack Dorsey-led payments company Square (NYSE:SQ) with a $170 million purchase of 3,318 bitcoins that supplements a previous $50 million purchase of the same cryptocurrency.

With its newly bought bitcoin haul added to its previous, Square now holds approximately 5% of its entire cash and short-term investments in the popular cryptocurrency. In a statement, Square pitched cryptocurrencies as “an instrument of economic empowerment” as a rationale for betting big on the area.

For most companies that are buying bitcoin, Square may be the least surprising as it’s a payments company that draws a significant percentage of its revenue by facilitating the trading of bitcoins on its widely-used Cash App. For context, Square just posted its financial results for the full 2020 and declared $4.57 billion in net revenue from bitcoin trading, up by a whopping 785% compared to the previous year.

Bitcoin revenues now account for the highest portion of Square’s revenues, nearly 50% for a fact, implying that the company’s close relationship with bitcoin is drawing very good gains. Then, now that Square is dipping a significant part of its cash balance into buying up bitcoin shouldn’t be that surprising.

With its new big purchase, Square noted in a filing that it may purchase even more bitcoin in the future. The company has gradually made its mark as one of the major beneficiaries and promoters of the cryptocurrency boom globally.

Now is a time when bitcoin is trading at record highs, over $48,000 currently, and it seems that Square believes that it has the capacity to rise much more further and has put its money where its mouth is to back its bet.

Square is led by CEO Jack Dorsey, the famous tech entrepreneur who also doubles as the CEO of Twitter. Dorsey has for long been a major proponent of cryptocurrencies, again making Square’s new bitcoin purchase unsurprising.

Square just posted its financial results for the whole of 2020, showing $9.5 billion in net revenue and a net income of $213 million. The company’s revenue shot up sporadically from $1.7 billion in 2016 to $9.5 billion just four years later.

In 2020, Square pulled in 48% of its $9.5 billion revenue from its bitcoin offerings. As it seems, the payments company is absolutely on a tear, growing rapidly and capitalizing on new offerings such as cryptocurrency outside its primary payments business.

For now, Square’s relationship in the cryptocurrency world is with bitcoins. It hasn’t formally indicated an interest in getting into the many other cryptocurrencies out there.