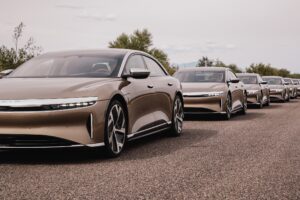 Lucid Motors (NASDAQ: LCID), an ambitious luxury electric carmaker seeking to challenge incumbents like Tesla, faces a regulatory probe over its merger with a special-purpose acquisition company (SPAC). The company said it received a subpoena “request for information” from the US Securities and Exchange Commission (SEC) concerning the merger.

In a regulatory filing, Lucid said it received a subpoena from the SEC to hand over documents related to an investigation from the agency. The focus of the SEC’s probe seems to be the financial projections and statements Lucid made when pitching to SPAC investors.

Exorbitant financial projections have come to be a trend in SPAC mergers. The type of projections that won’t get a pass if a company takes the traditional IPO process is allowed for companies taking the SPAC route to the public markets, and we can observe them taking advantage of the situation. However, the regulatory leash around SPACs has gotten tighter under the Biden administration, with several investigations to show for it.

It’s yet too early to predict an outcome of Lucid’s SEC probe, but investors were displeased enough to trigger a selloff. Lucid’s stock slipped by 15% on Monday.

Lucid raised $4.5bn from its SPAC merger to fund its capital-intensive operations. The company has built a factory in Arizona, where it’s begun producing cars on a small scale. The plan is to roll out the first badge of the Lucid Air luxury sedan in the low digits this year and scale up from there, wherein it has promised to deliver 20,000 Air Sedans in 2022 and 90,000 in 2023.