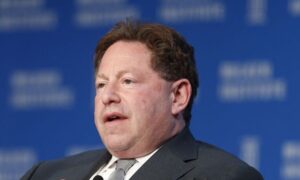 Microsoft’s buyout is a significant redemption for Activision, which lately has been grappling with controversies and backlash stemming from extensive sexual harassment allegations from current and former employees. It’s a greater redemption for Bobby Kotick, Activision’s long-time CEO. Amid the company’s woes, an influential group of shareholders has pressured him to step down, but to no avail.

Kotick may have been set for an even bigger payday if not for a voluntary salary cut he took last October. It’s not like it was a virtuous move; instead done in response to shareholder backlash after extensive sexual harassment and discrimination claims brought government attention to the company. Kotick was awarded $155mn in pay in 2020, mostly from stock awards tied to incentives. He reduced it to $62,500, the minimum salary requirement in California.

If Kotick held onto his unvested stock awards, Microsoft would have had to buy them out.

In a press statement announcing the acquisition, Microsoft said Kotick would “continue to serve as CEO,” but it’s unclear if that’s during the transition or after the deal closes. Separately, reports have emerged that Kotick plans to step down once the purchase goes through.

Upon closing the acquisition, the Activision Blizzard business will report to Phil Spencer, current head of Microsoft Gaming. Microsoft expects the buyout to take 18 months from start to finish.

Microsoft To Buy Games Maker Activision In $69B All-Cash Deal