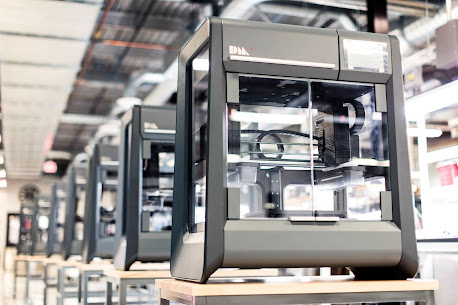 Desktop Metal, the publicly-traded 3D printing company catering to enterprises and industrial firms, has reached a deal to buy its German counterpart EnvisionTEC for $300 million, a press statement notes. With EnvisionTEC, Desktop Metal is getting industrial-scale 3D printing systems and products that fit well into its work.

EnvisionTEC was one of the pioneers of digital light processing (DLP) 3D printing technology and has cultivated a strong intellectual property portfolio of over 140 issued and pending patents along its way.

EnvisionTEC has over 5,000 customers across a broad range of industries including jewelry, automotive, aerospace, and medical devices. The company has made a name for itself in the dental market with over 1,000 customers from that sector using its 3D printers to make parts, it says.

Just like Desktop Metal, EnvisionTEC sells 3D printers targeted at enterprises and industrial customers. It was founded much earlier than Desktop Metal however in 2002 compared to 2015.

Desktop Metal is a high-growth company founded just six years ago by the engineer Ric Fulop. It grew rapidly on the backs of over $400 million in venture funding before it went public through a merger with a special-purpose acquisition company (SPAC) in 2020.

As it is, Desktop Metal which began only six years ago will pay $300 million to acquire an 18-year-old EnvisionTEC. The acquisition is expected to be completed in the first quarter of 2021.