Elon Musk Secures $7B From Partners For Twitter Bid 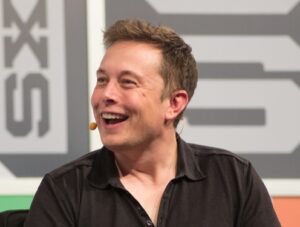 Elon Musk, the billionaire entrepreneur, acquiring Twitter remains the biggest tech news of 2022. It all happened abruptly; Musk made a formal $44bn bid to buy Twitter in mid-April, and the social media giant accepted it barely two weeks later.

There’s been a lot of questions about how Elon Musk will fund the acquisition. Though he has a gigantic net worth of $270bn (Bloomberg Billionaires Index), most of it is tied up in equity stakes in his two most popular companies; Tesla, the electric car manufacturer, and SpaceX, the aerospace company.

Musk answered questions about the financing for his Twitter bid in a recent SEC filing. It disclosed that he’ll put up $21bn of equity into the deal and borrow the rest from a consortium of banks. But, the deal terms have been adjusted. A more recent SEC filing indicates that Musk has lined up $7.1bn in funding commitments from a group of partners.

Notable partners in the deal include;

According to the filing, Musk’s representatives are also having ongoing discussions with some Twitter shareholders to roll over their stakes into the acquisition vehicle, including Jack Dorsey, a co-founder and former CEO of the social media giant. Dorsey holds a 2.4% stake worth $268mn at the definitive acquisition price.

With the new financing commitments, Musk has cut the amount of money he planned to borrow against his Tesla shares to finance the bid from $12.5bn to $6.25bn.

Altogether, Musk and his investment partners have committed $27.3bn in equity for the Twitter bid, compared to $21bn solely from Musk before. He appears to have trimmed his previous equity commitment by a small margin in light of the new partner commitments.

Deal: Shopify To Buy E-Commerce Logistics Startup Deliverr For $2.1B