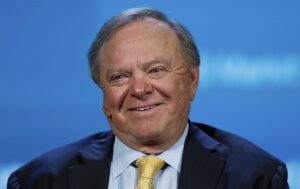 Harold Hamm, the founder and board Chairman of Continental Resources (NYSE: CLR), an Oklahoma-based oil and gas production giant, is seeking to take private the company he started over five decades ago. He has offered to acquire the remaining shares of the firm that he doesn’t already own in a deal valuing it at $25.4bn.

Continental Resources is one of the leading oil and gas exploration and production firms in the US. In 2021, it reported a record net income of $1.7bn on $5.7bn in revenue. This year, the company has fared even better, thanks to rising oil prices globally. In its last fiscal quarter (ended March 31, 2022), it pulled in a net income of $598mn, up 130% year-over-year, and sold $2.3bn worth of oil and gas products, up 82% year-over-year.

It’s unclear if Continental’s specially-appointed committee will accept Hamm’s offer, especially at a time when oil and gas producers are enjoying record profits, leaving a lot of room for Continental’s stock to grow. But, Hamm holds a lot of sway over the company, even though he won’t directly participate in the evaluation of his offer.

In a press statement, the Hamm family said they intend to continue as long-term shareholders if the committee doesn’t accept the transaction.