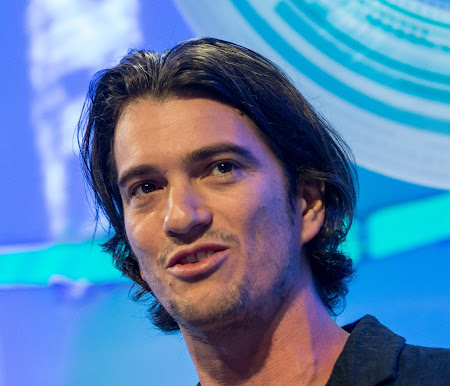 The Japanese technology conglomerate SoftBank has reached a settlement for a legal fight with the founder of WeWork, the office leasing company that counts as one of its biggest investments and was the subject of a financial and operational saga that saw SoftBank record a big $4.6 billion loss on the company and moved to buy it up in order to try to stabilize it.

After the WeWork saga which saw the company’s founder Adam Neumann ousted, he moved to sue SoftBank claiming entitlement to a deal where SoftBank initially laid out plans to buy up $3 billion of WeWork stock from shareholders of which nearly $1 billion would have gone to Neumann but later backed out of its plans.

Now, after a fairly lengthy legal battle, SoftBank has announced that it’s reached a settlement with Adam Neumann as well as WeWork’s board in a Delaware court. Officially, the terms of the settlement weren’t disclosed, but a Financial Times report says it entails SoftBank committing to purchase up to $1.5 billion in stock from WeWork shareholders, out of which Neumann can sell up to $500 million from his part.

That SoftBank has moved to settle with Neumann along with other WeWork shareholders is said to be a move the clears the way for a possibly-soon public listing for WeWork through a merger with a special-purpose acquisition company (SPAC). It’s rumored that SoftBank is in talks with a Nasdaq-listed SPAC, BowX Acquisition Corp (NASDAQ:BOWX), to merge it with WeWork in a deal that’ll value the office rentals company at between $8 billion and $10 billion.

WeWork once was valued as high as $47 billion by SoftBank but saw its valuation fall from grace to $2.9 billion after the company’s financial saga originating from a failed public listing. SoftBank purchased a majority stake in WeWork after its financial tussles and is now hoping to turn the company around under new leadership, and as it seems, the Japanese company may be looking to revive a public listing for WeWork but this time through a SPAC merger.

“This agreement is the result of all parties coming to the table for the sake of doing what is best for the future of WeWork,” SoftBank’s COO and WeWork’s current Executive Chairman said in a press statement.