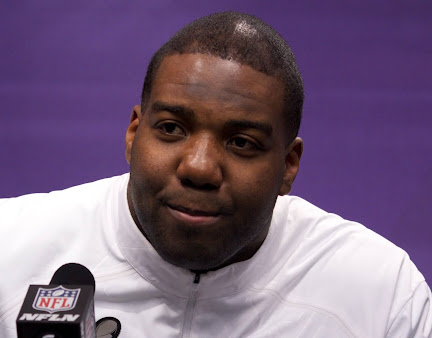 Russell Okung, an American football player for the NFL team Carolina Panthers, has become the first major athlete in the US to take payments in Bitcoin, with half of his $13 million annual haul now agreed to be paid with the cryptocurrency, as revealed by NFL sportswriter Ian Rapoport and then confirmed by Okung himself.

Half of Okung’s $13 million annual pay translates to $6.5 million and will be converted to bitcoin with Strike, a crypto payments app made by a startup named Zap.

Okung has for quite long been a promoter of cryptocurrency, particularly Bitcoin, with tweets dating back months ago in support of the digital currency. Now, he’s becoming the first major sports athlete known to take payments with the currency.

Okung’s move to begin accepting payments in bitcoin adds to a series of achievements and promotions for the cryptocurrency, which has this year surged more than 270% and now trades at an all-time high of over $28,000 for a bitcoin.

Okung signed a $53 million four-year contract with the NFL team Los Angeles Chargers in 2017 but got traded to the Panthers this year under the same payment terms. His contract will expire in 2021 and make him a free agent, which could present another opportunity to rake in a big contract with another sports team, probably again with bitcoin accounting for a significant part of the deal.

With Okung setting the pace, he could be joined by other athletes to begin taking payments in bitcoin, the world’s most famous and largest cryptocurrency by market cap.