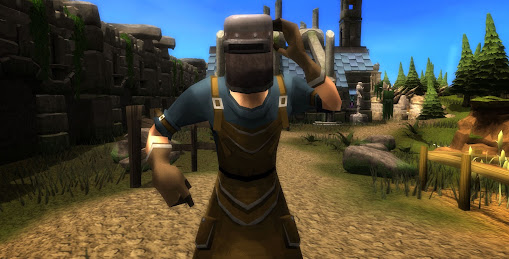 Jagex, a British gaming studio and publisher that’s best known for its RuneScape MMORPG game, has been sold to the American private equity firm The Carlyle Group, a press statement from the firm indicates. While the price of the sale wasn’t officially disclosed, a report from The Daily Telegraph pegs the deal at $530 million+.

A Jagex acquisition is a landmark one for The Carlyle Group, a well-known and major private equity firm but one that isn’t known for dabbling in the gaming sector. It’s in fact the first gaming studio that The Carlyle Group has ever acquired.

The Carlyle Group is a major investor in technology companies globally and has thus continued its streak with the acquisition of a major British gaming studio. Jagex in this case is a studio with a very popular game, RuneScape, which it claims has almost 300 million player accounts and has achieved over $1 billion in lifetime revenue.

Jagex employs more than 450 people in the UK. Its reported acquisition price of at least $530 million notably sums up to nearly $1.2 million per employee, a seemingly generous premium.

Now owned by a private equity firm, Jagex will presumably continue to grow as a subsidiary under Carlyle with hopes of its new owner flipping it for a higher price in future time.