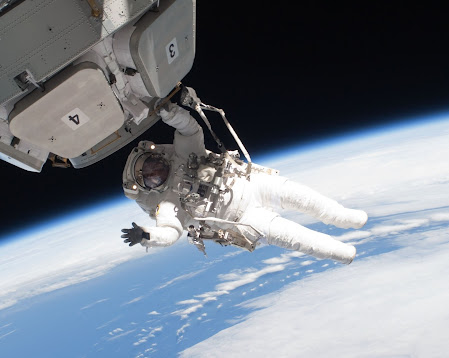 The International Space Station (ISS) is a modular space station in low Earth orbit that’s famous across the globe. Every day, it travels around the globe, able to circle the whole Earth in the span of roughly 93 minutes. The ISS is governed by intergovernmental treaties and agreements, with the US at the forefront.

Dozens of astronauts and cosmonauts as well as a few space tourists have gone to the ISS since it was launched in its current form in 1998. All of the missions to the ISS have been governmental and organized by the space agencies of various countries like the US, Russia, Japan, and Canada.

The four people include an American, a Canadian, and a former Israeli Air Force pilot as passengers, and the fourth being Michael López-Alegría, a Spanish-American astronaut who is a veteran of three Space Shuttle missions and one International Space Station mission. López-Alegría is a Vice President at Axiom and will command the proposed private mission to the ISS.

By names, the three passengers are Larry Connor, an American entrepreneur and investor; Mark Pathy, a Canadian investor; and Eytan Stibbe, a former Israeli fighter pilot.

To head to space on a journey organized by Axiom, the three passengers will each pay a hefty $55 million fee. The fee includes training and launch costs, the use of life support systems and toilets, and payments for necessary supplies like food, air, and medicals et al.

The proposed private mission will last for eight days and involve research and philanthropic projects.

The proposed mission by Axiom is planned for sometime in 2022, with the company making its way to space aboard a SpaceX Crew Dragon. SpaceX notably made history in 2020 by being the first private company to send astronauts to the ISS so the viability for Axiom’s planned mission seems strong.