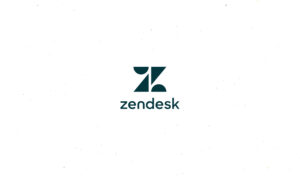 Zendesk (NYSE: ZEN), a company specializing in software tools for customer support and sales functions, has rejected a big acquisition offer from a group of private equity firms. In a Thursday press release, the company said it rebuffed an all-cash acquisition proposal from a PE consortium. The offer was for between $127-$132 per share, Zendesk said, valuing it at up to $16bn.

Jana, a substantial Zendesk shareholder, has pressed heavily against the deal, joined by other activist funds like Legion Partners. In a letter addressed to Zendesk shareholders, Jana said it “lacks financial merit, has questionable strategic logic, and introduces a high degree of execution risk.”

Zendesk’s board is fighting back against activist shareholders, and a final decision depends on a shareholder vote to be held later this month.

After announcing the acquisition offer that it refused, Zendesk’s stock (NYSE: ZEN) rose almost 11% on Thursday. It currently trades at around $114, with a nearly $14bn market capitalization. It seems like the private equity consortium will have to dig deeper into their pockets for Zendesk to consider their offer.