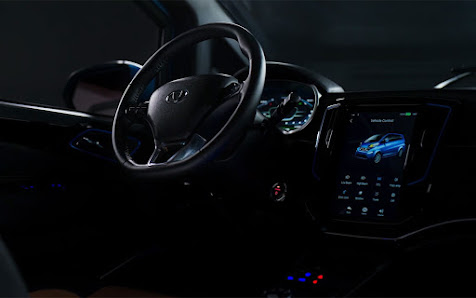 After taking on the electric carmaker Nikola this September, the short-seller Hindenburg Research is back to face another publicly-traded electric carmaker, this time the Nasdaq-listed Chinese company Kandi Technologies.

Hindenburg has published a report that accuses Kandi of faking vehicle sales in order to raise money from US investors to fund its operations, wherein the company has raised $160 million in two separate direct share placements this month alone.

Hindenburg accuses Kandi of colliding with subsidiaries and affiliated companies to generate bogus sales in order to entice investors to back the company. Among points noted by the short-seller include;

The report, which is quite detailed, cites “on-the-ground inspection at Kandi’s factories and customer locations in China, interviews with over a dozen former employees and business partners, and review of numerous litigation documents and international public records” by Hindenburg Research.

Basically, Kandi is accused of faking sales and juicing its numbers in order to appear attractive to US investors who have provided the company with $160 million of funds this month alone.

Over the years, it’s been somewhat common for foreign companies listed in the US, particularly Chinese companies, to be accused of fraud and accounting mishaps. This very year saw a once high-flying Chinese coffee chain startup named Luckin Coffee fall on its feet after an internal probe indicated that the company faked sales of up to $300 million.

A reason for foreign companies listed in the US being often accused of fraud is that it’s harder for US authorities to enforce the strict accounting rules usually placed on American companies on those based abroad. Many times, different countries usually have varying accounting practices and generate vulnerability to confusion and in some cases outright fraud.

Kandi marks as the latest Chinese but US-listed company to face fraud allegations. Just recently, it was the Chinese social media company Joyy and earlier on the Baidu-controlled streaming service iQiyi.

A few months ago, Hindenburg Research notably took on the electric carmaker Nikola with fraud allegations that led to the ouster of its founder and then-CEO Trevor Milton. Now, the short-seller is apparently back to take on another electric carmaker, notably at a time of increasing sentiment for electric carmakers that has sent the shares of companies like Tesla, Nio, and Xpeng soaring high.